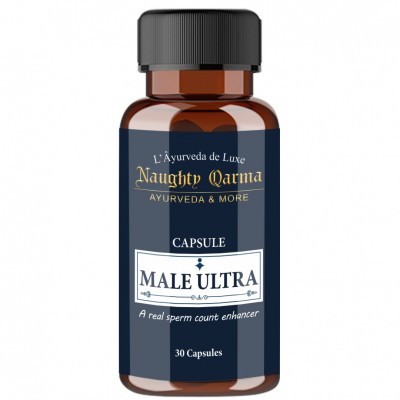 Withania somnifera is an important medicinal plant which is known to enhance the sex lives of men since the time of the Kama-Sutra. It acts strongly against one of the primary reasons for declining sex drive and poor sexual performance, which is stress! This natural aphrodisiac is a powerful sexual stimulant and is a primary potent herbal ingredient which helps in overcoming premature ejaculation & erectile dysfunction in males. In addition, it improves sexual desire, boosts testosterone levels, improves sperm count, and balances hormones. Moreover, it is an anti-stressor which ultimately helps in improving the duration of inter-course.

It is a flowering plant being used in traditional Ayurvedic medicine for hundreds of years to increase vigour, vitality & stamina. It improves testosterone production in the body, and helps improve sperm count in men. It also boosts strength & endurance in men. Taking tribulus can improve the sexual experience in women who have sexual dysfunction or low sexual desire. Taking tribulus seems to improve sexual desire, arousal, sensation, ability to reach orgasm, lubrication, and sexual comfort. It is also known it can improve sexual satisfaction in men with erectile dysfunction.

Mucuna Pruriens is commonly used for its aphrodisiac properties in order to help men stay hard and last longer during sexual activity. It is a very potent herbal ingredient at increasing libido for both men & women. Additionally, it builds fertility, and balance all the three doshas: Vata, Pitta & Kapha! Mucuna Pruriens is a wonderful herb for sexual wellness; increases sperm quality, improves libido, enhances erectogenic properties, and maintains level of essential hormones, required for a great sexual health. Mucuna Pruriens or Kaunch Beej is a well known herb, used for the treatment of male infertility, sexual health related issues, nervous disorders and as an aphrodisiac. It’s seeds are considered most important due to its various medicinal properties.